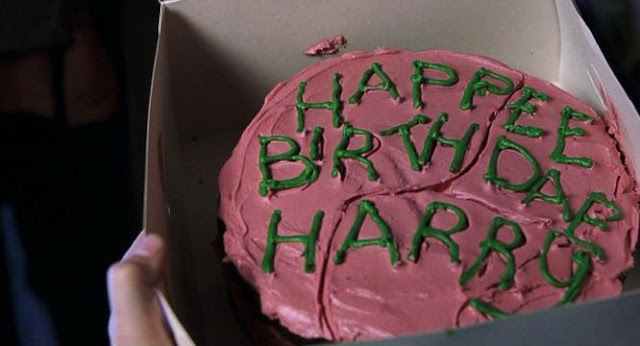 Hands down POA. Not only are we introduced to Sirius and Remus. But it's also when shit really hits the fan and Harry really starts to understand what's to come.

Only because I have to answer the question am I choosing COS. I definitely do not dislike ANY of the books. But I guess COS was the least exciting for me.

Same as why I love the book. But also because I think this movie is so well done. It's got the darker element to it but also keeps it light and funny well filled with the teenage hormones.

Ugh! I could go on the longest rant here. But I'll save you guys from that. My main problems with the movie are, one, it's the shortest movie yet it's based on the longest book. Do you know how much they left out? Two, what they left in was far from the most important bits. OOTP was just by the far the worst adaptation of the series.

"The mind is not a book, to be opened at will and examined at leisure. Thoughts are not etched on the inside of skulls, to be perused by an invader. The mind is a complex and many-layered thing." Snape in OOTP

Ron. Always and 5ever, Ron. 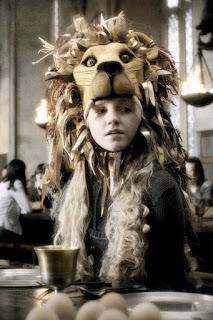 Luna is quirky and weird. How could you not love her? She always has the perfect bit of advice even when she delivers it in a scratch your head kind of way. 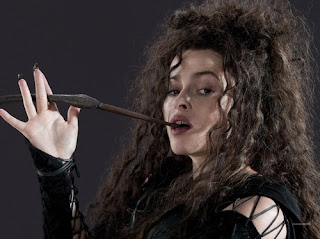 Bellatrix. She is effing complex and messed up. 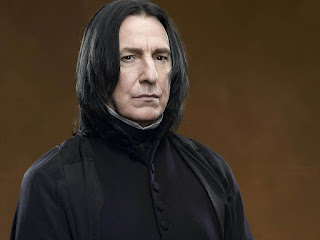 Snape has been my favourite CHARACTER since day one. Talk about complex.

Always, McGonagall. As long as you stay on her good side you'll be safe. If not, watch out. Just look at that face. She could destroy you with just her eyes. Fierce!

Would you rather A) Wash Snape’s hair or B) Spend a day listening to Lockhart rant about himself?
Snape's hair just so I could be extra close to him.

Would you rather duel A) an elated Bellatrix or B) an angry Molly?
Bellatrix. I might have a chance of surviving that duel. She has a bit of ADD and I might be able to distract her. An angry Molly would destroy me. She's bad ass.

Would you rather travel to Hogwarts via A) Hogwarts Express or B) Flying car?
Hogwarts Express! When I went to the Wizarding World only the one side was open/built. I need to get back some time in the next few months so I can experience riding the Express. OMG!

Would you rather A) Kiss Voldemort or B) give Umbridge a bubble bath?
............... Kiss Voldemort. At least that would lead to death which is much preferable than bathing Umbridge. You can't unsee that!

Would you rather A) ride a Hippogriff or B) ride a firebolt?
Hippogriff! Buckbeack!

Is there a character you felt differently about in the movies?
Ummmm... Maybe when movie Neville got hot. I certainly started to feel differently then.

Is there a movie you prefer to the book?
Absolutely not.

Richard Harris or Michael Gambon as Dumbledore?
Is this a serious question? Harris. He was exactly Dumbledore for that short period of time. Gambon was good, but not what I imagined Dumbledore to be.

Your top thing (person or event) that wasn't in the movie that you wanted there the most?
From OOTP I missed not having all the ministry rooms they went through. I was so looking forward to it all. Like the brain room and such. I just expected a better and bigger lead up to what is such a pivotal moment of the series.

If you could remake any of the Harry Potter movies which would it be?
OOTP. As per my earlier answer, because it was crap.

Which house was your first gut feeling you’d be a part of?
Ravenclaw. Knowledge is power, people.

Which house were you actually sorted into on Pottermore? 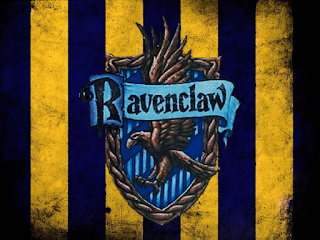 Which was absolutely no surprise.

Which class would be your favorite?
That's a hard one. Probably Magical Creatures just because why wouldn't I want to meet all those unique creatures?

Which spell do you think would be most useful to learn?
Accio. Mostly because I'm extremely lazy and this is the perfect lazy girl spell.

Which character do you think you’d instantly become friends with?
Ron. Mostly because we have the same sarcastic sense of humour and dry attitude. I'd get him.

If you could own one of the three Hallows, which would it be?
Invisibility cloak. Watch out, I might be creeping around you right now.

Is there any aspect of the books you’d want to change?
That the series was still ongoing?... 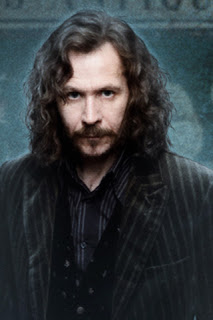 Sirius is kind of an asshole. But a caring asshole. And I loves him.

If you could bring one character back to life, which would it be? 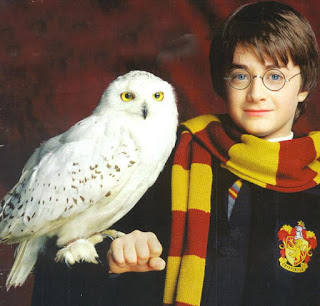 Hallows or Horcruxes?
Hallows, obviously. I'm not splitting my soul even once. Gross.