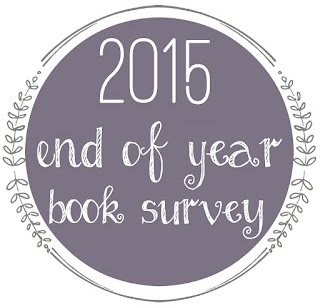 Number of books I read: 257
Number of re-reads: 30
Genre I read the most from: I'm just going to assume New Adult. Again.

2. Book you were excited about & thought you were going to love more but didn’t? It breaks my heart that this was the cause, but Queen of Shadows by Sarah J Maas. You guys know my love of that series, but I was/am upset and mad over events that took place, the way the plot went and how two of my favourite characters were portrayed.

3. Most surprising (in a good way or bad way) book you read? Carry the Ocean by Heidi Cullinan. The elements of this book(sexuality and mental health) spoke to me as soon as I heard about it. But still going in I was a little scared of the execution. Thankfully this book is amazing and was able to produce so much goodness.

4. Book you “pushed” the most people to read (and they did)? Being a bookseller for the later part of the year really helps my book pushing tendencies. So I have two answers for this one; the book I pushed the most on my reader friends is Simon vs the Homo Sapiens Agenda because it is life. As a bookseller the book I've been recommending the most is actually Legend by Marie Lu. With parents and such coming in shopping for Christmas, they'd of course tell me their kids have read and loved the usual dystopians. For me Legend is just the most logical recommendation. Especially because I believe it's one of the better dystopian series.

6. Favorite new author you discovered in 2015? Krista and Becca Ritchie. They are twin goddesses who write the best most real characters.

7. Best book from a genre you don’t typically read/was out of your comfort zone? I'm not going to lie, I read a lot of my normal genres this year. So the only book I can really think of is The Blue by Lucy Clarke. I'm not one to really want to pick up an adult mystery thriller type book. But the cover and synopsis drew me in and didn't disappoint.

8. Most action-packed/thrilling/unputdownable book of the year? I fear I might start sounding like a broken record, but hands down that's Illuminae. That book is impossible not to read in a sitting.

9. Book you read in 2015 that you are most likely to re-read next year? There's definitely a bunch of possibilities. Either because I'll re-read before the sequel comes out or because it's a favourite romance that I need to experience again. So I'll give two answers; The Wrath and the Dawn and Bad Romeo.

10. Favorite cover of a book you read in 2015? The UK hardcover edition of A Thousand Nights by E.K. Johnston is just one gorgeous book. The cover, the book, the pages. EVERYTHING is stunning.

11. Most memorable character of 2015? Connor Cobalt from the Addicted and Calloway Sisters books. There is no way to describe him. As he says, he is his own God.

13. Most thought-provoking/ life-changing book of 2015? I wouldn't call any book I read life changing, but I did read a lot of books dealing with mental health in many different ways. So those are always thought provoking. For me the first one that comes to mind is Challenger Deep by Neal Shusterman.

14. Book you can’t believe you waited UNTIL 2015 to finally read? Lost & Found by Nicole Williams had been sitting on my Kindle for at least a year. Until Samantha read it and told me to get on it. Can't believe I let that book go unread for so long.

“Just when you think you're having a scene without Simon, he drops in to remind you that everyone else is a supporting character in his catastrophe.” Carry On by Rainbow Rowell

17. Book that shocked you the most? Long Way Down gave me two massive heart attacks.

18. OTP OF THE YEAR (you will go down with this ship!)? Isn't this like picking a favourite child? Connor and Rose, Simon and Baz, Ethan and Cassie, Simon and Blue, any couple from Winter. This is a never-ending list.

19. Favorite non-romantic relationship of the year? Some amazing familial ones are The Calloway Sisters.

20. Favorite book you read in 2015 from an author you’ve read previously? The Start of You and Me by Emery Lord. This girl knows how to write YA contemporary.

21. Best book you read in 2015 that you read based SOLELY on a recommendation from somebody else/peer pressure? I remember Charnell raving about The Anatomical Shape of A Heart(or Night Owls in the UK) back in the summer. So of course I added it on Goodreads. A few months later when I got Raincoast's ARC newsletter I saw it there and knew I needed it. Charnell was not wrong, it instantly drew me in and is now a favourite of 2015 and life.

22. Newest fictional crush from a book you read in 2015? Again, how does a girl pick just one? Connor Cobalt, Oliver, Ethan, Patrick, Ren. To name a few.

23. Best 2015 debut you read? First and Then by Emma Mills. That is a book that does not feel like a debut.

24. Best worldbuilding/most vivid setting you read this year? The Martian may not have a new or made up world, but I definitely could imagine being trapped on Mars with Mark.

25. Book that put a smile on your face/was the most FUN to read? Simon vs the Homo Sapiens Agenda still has me smiling. It is all the happiness you need in a book.

26. Book that made you cry or nearly cry in 2015? As we know, I am as close to a robot as possible. But a few books were able to break my eyes; Long Way Down, The Last Time We Say Goodbye, All the Bright Places and I'll Meet You There.

27. Hidden gem of the year? I've got a few. Can't narrow it down; Lost & Found series by Nicole Williams, Bad Romeo & Broken Juliet by Leisa Rayven, Rites of Passage by Joy N. Hensley, Things We Know By Heart by Jessi Kirby and How to Say I Love You Out Loud by Karole Cozzo.

28. Book that crushed your soul? Queen of Shadows you nasty confusing book.

29. Most unique book you read in 2015? Illuminae because of it's format. And A Thousand Nights because of the lack of character names(one person has a formal name throughout the whole book).

30. Book that made you the most mad (doesn’t necessarily mean you didn’t like it)? Something Real; absolutely love this book. That mom is the most selfish selfish person. She's all about the spotlight. Cares nothing for her children's feelings and lives.

1. New favorite book blog you discovered in 2015? Being a bad blogger, I didn't do as much visiting new bloggers as I should of. But Tanya @ Girl Plus Books is wonderful. We also love our NA.

2. Favorite review that you wrote in 2015? Challenger Deep is an important book and I tried my best to get that across.
Also After because I couldn't help but be super snarky.

3. Best discussion/non-review post you had on your blog? I still fail at doing anything creative enough as a discussion. Although I have done some TAGs; the most fun one for me was the Unpopular Opinions Book TAG.

4. Best event that you participated in (author signings, festivals, virtual events, memes, etc.)? 2015 was another year filled with bookish events. More virtual previews with Raincoast. I ventured downtown to HCC Frenzy Presents. As well as going to some author signings; like Fierce Reads.

5. Best moment of bookish/blogging life in 2015? Just continuing to interact with other book nerds

6. Most challenging thing about blogging or your reading life this year? My challenge has been keeping a regular blogging schedule. I have been so up and down this year. Hopefully 2016 will see me getting back into it.

7. Most popular post this year on your blog (whether it be by comments or views)? Unsurprisingly, it was my Fierce Reads Blog Tour post.

8. Post you wished got a little more love? That really means nothing to me. I'm just thankful when anyone stops by the blog.

9. Best bookish discover (book related sites, book stores, etc.)? Owlcrate is really cool subscription box. Unfortunately I had to cancel it a few months ago. But I still check out what every monthly box holds.

10. Did you complete any reading challenges or goals that you had set for yourself at the beginning of this year? I didn't really set many. I completed my Goodreads challenge and also how many re-reads I set for myself. Samantha and I also set up a challenge for each other(Brittany vs Samantha 2015 Challenge), which we both failed at and will continue into 2016 because of that.

1. One book you didn’t get to in 2015 but will be your number 1 priority in 2016? Well this was also my answer last year. Clearly I failed. It's more two authors than a book; Brandon Sanderson and Victoria Schwab. Victoria's A Darker Shade of Magic will be read in January. No excuses.

2. Book you are most anticipating for 2016 (non-debut)? Do you have a few hours to spare to read ALL of them? To name a few; It Ends With Us by Colleen Hoover, The Trials of Apollo by Rick Riordan, Heartless by Marissa Meyer, Wicked Heart by Leisa Rayven, When We Collided by Emery Lord, The Rose and the Dagger by Renee Ahdieh and everything and anything by Jennifer L Armentrout, Jay Crownover and Christina Lauren.

3. 2016 debut you are most anticipating? There's a bunch of debuts I have my eyes on. But The Love That Split the World by Emily Henry and The Girl From Everywhere by Heidi Heilig.

4. Series ending/a sequel you are most anticipating in 2016? I needs A Court of Mist and Fury now. By the time it's released in May I'll have had to wait a year and a half. That's tooooo long. Oh and Saga Vol 6.

5. One thing you hope to accomplish or do in your reading/blogging life in 2016? I just want to start blogging regularly, with at least two reviews a week. I also need to get out on the interwebs and discover more book blogs to follow and bloggers to chat with.

6. A 2016 release you’ve already read & recommend to everyone? I've read a few early 2016 releases, only one can I whole heartily recommend; Night Study. Which is the 5th book in the Study Series. One of my absolute long time favourite series'.